What is Lyme Disease?

Diagnosing Lyme can be difficult. Many people who actually have Lyme may be misdiagnosed with other conditions. Lyme is called “The Great Imitator,” because its symptoms mimic many other diseases. It can affect any organ of the body, including the brain and nervous system, muscles and joints, and the heart. Fewer than 50% of people infected ever recall being bitten by a tick. The hallmark “bullseye rash”, (or any rash for that matter), occurs in less than 50% of cases.

Because Lyme disease evades the immune system, it is only detectable by conventional testing when it is in its earliest stages. As time passes after the initial infection, the rate of false-negatives in testing increases exponentially. Along with Borrelia Burgdorferi, ticks often carry co-infections such as Babesia, Bartonella and Ehrlichia. Properly testing, identifying and treating the hundreds of different co-infection strains is far more challenging than Lyme disease, itself.

Lyme disease affects people of all ages. The CDC notes that it is most common in children and older adults. Outdoor enthusiasts, park rangers and firefighters have a higher risk of contracting Lyme and other tick-borne diseases because of their higher exposure to ticks.

How is Lyme disease transmitted? 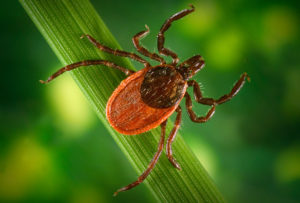 Most people get Lyme from the bite of a tick, although it is also possible for a pregnant woman to pass the disease to her unborn child. Ticks are small, 8-legged bugs that are related to spiders and mites. Ticks are parasites that feed on the blood of humans and animals. They are called vectors, or carriers, and they can transmit a disease or parasite from one animal to another. In the case of Lyme, ticks may pick up the disease in deer or mice before transmitting it to another animal or person. 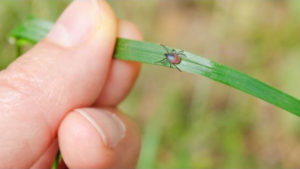 Once a tick has attached to the skin of someone it encounters, it may stay there and “feed” for several days. The longer it stays attached, the more likely it will transmit the Lyme and other pathogens into your bloodstream. Nymphs are about the size of a poppy seed. Because they are so tiny and their bite is painless, many people do not even realize they have been bitten.

How to protect yourself from ticks

Products to use to protect yourself and your yard from ticks

When to consult a physician

How to remove a tick 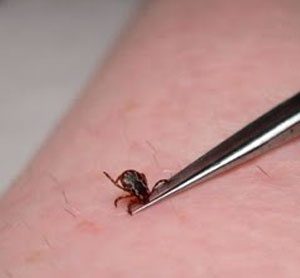 Folklore remedies such as covering the tick bite with petroleum jelly or using heat to make the tick detach from the skin are not the recommended means of removal.  Your goal is to remove the tick as quickly as possible and in one piece.  Avoid squeezing the tick with your fingers since this may increase the chance that any pathogens are transferred to your body.

There are 3 stages of Lyme disease: early localized, early disseminated and late disseminated. However, the stages can overlap. Not all patients experience all three stages. When detected in its early stage, Lyme disease is treatable with common antibiotics. If undetected and untreated, the bacteria replicates and the disease can progress.

Typically, symptoms of Lyme disease begin one to two weeks after the tick bite, but they have also been reported to begin within a few days . One of the earliest signs is a “bull’s-eye” rash. This is a sign that bacteria are multiplying in the bloodstream. The rash occurs at the site of the tick bite as a central red spot surrounded by a clear spot with an area of redness at the edge. It may be warm to touch, but it isn’t painful and doesn’t itch. (Most patients do not experience this rash, or any rash at all.) This rash usually disappears after four weeks.

Some patients may begin to experience Flu-like symptoms during this stage, such as:

Early disseminated Lyme disease occurs several weeks after the tick bite. Bacteria are beginning to spread throughout the body. This stage is characterized by an increase in the number or severity of Flu-like symptoms, such as:

Symptoms may come and go during this stage. A rash may appear in areas other than the tick bite. Neurological signs such as numbness, tingling, tremors, loss of vision, and Bell’s palsy can also occur. This stage of Lyme disease can be complicated by meningitis and cardiac conduction disturbances.

Late disseminated Lyme disease occurs when the infection hasn’t been treated in stages 1 and 2. Stage 3 can occur weeks, months, or even years after the tick bite. This stage is characterized by:

If untreated, the symptoms will continue to worsen. 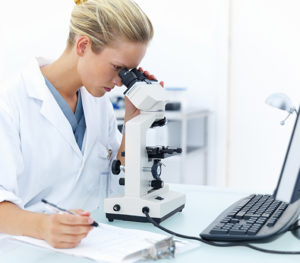 Key factors which determine the accuracy of test results for Lyme and associated diseases include:

Treatment for Chronic Lyme and associated diseases can be prolonged and complex. Patients often require years of intensive conventional and alternative therapies to fight the infection, recover immune function, and gain strength.

The return of symptoms and evidence of the continued presence of Borrelia Burgdorferi indicates the need for further treatment. The very real consequences of untreated chronic persistent Lyme infection far outweigh the potential consequences of long-term antibiotic therapy.

Relapses can occur which requires re-treatment. Currently, there are no tests available to prove that the organism is eradicated or that a patient with Lyme disease is cured.

Focuses on Lyme disease and tick-borne infections in children

A nonprofit, international, multidisciplinary medical society, dedicated to the diagnosis and appropriate treatment of Lyme and its associated diseases

Under Our Skin (documentary) 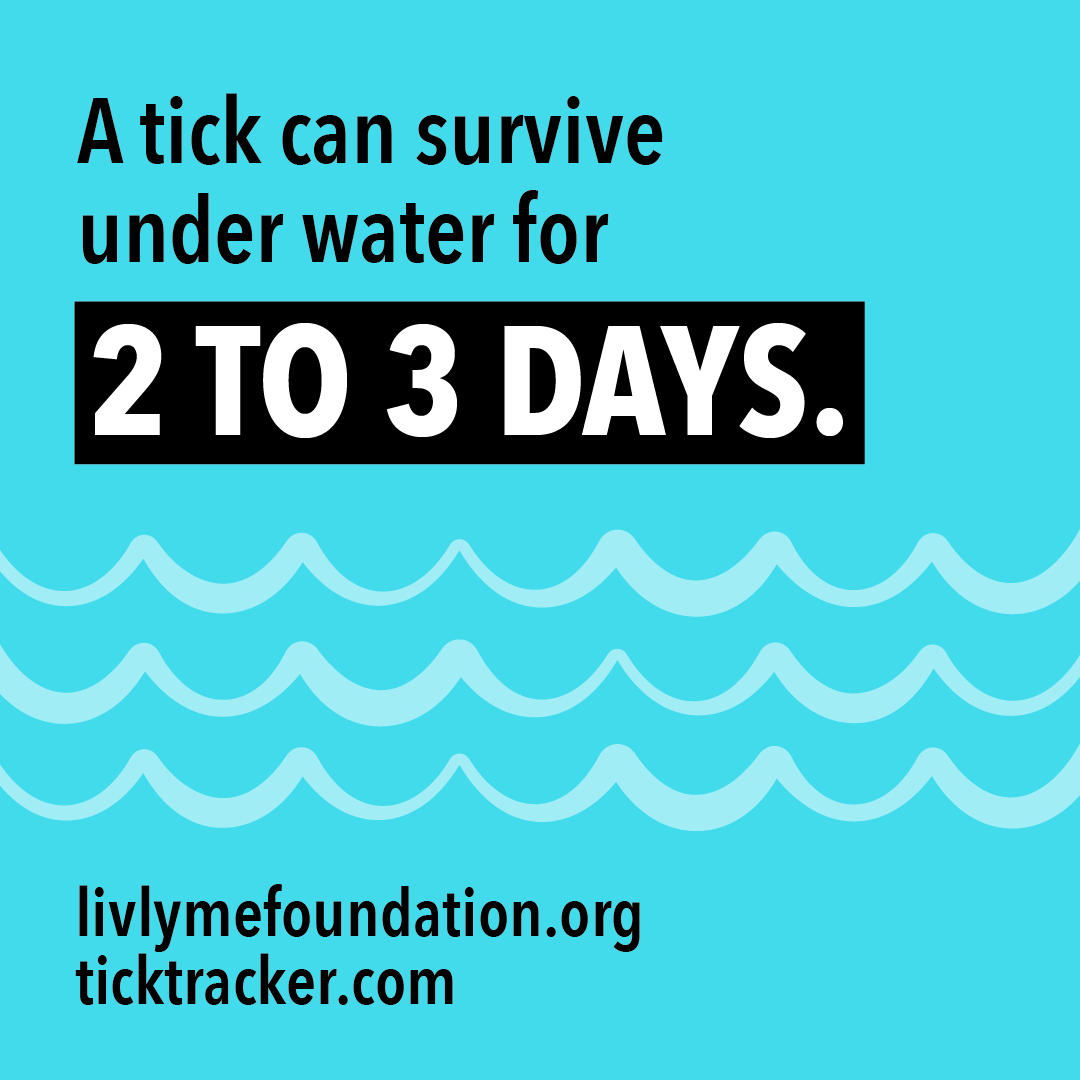 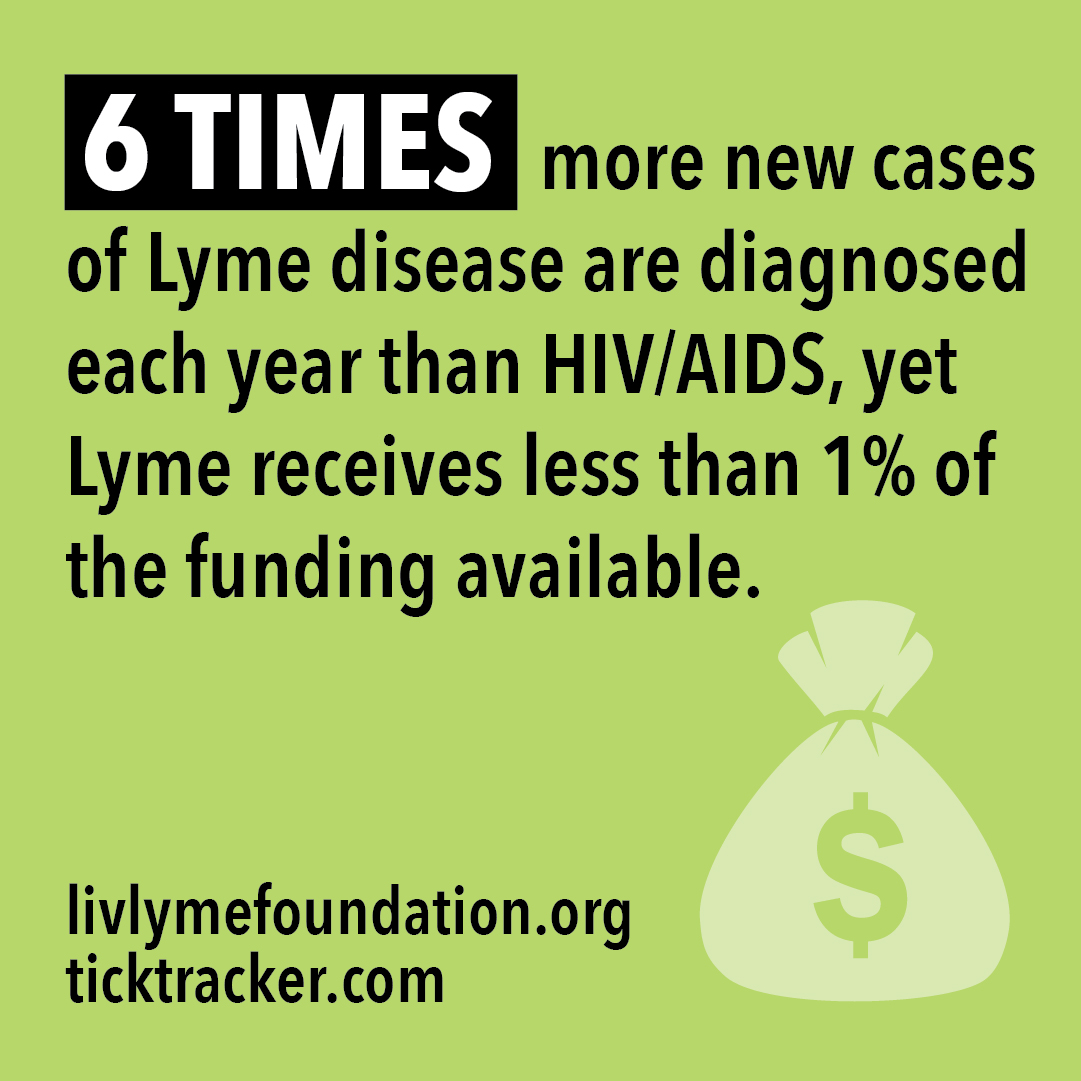 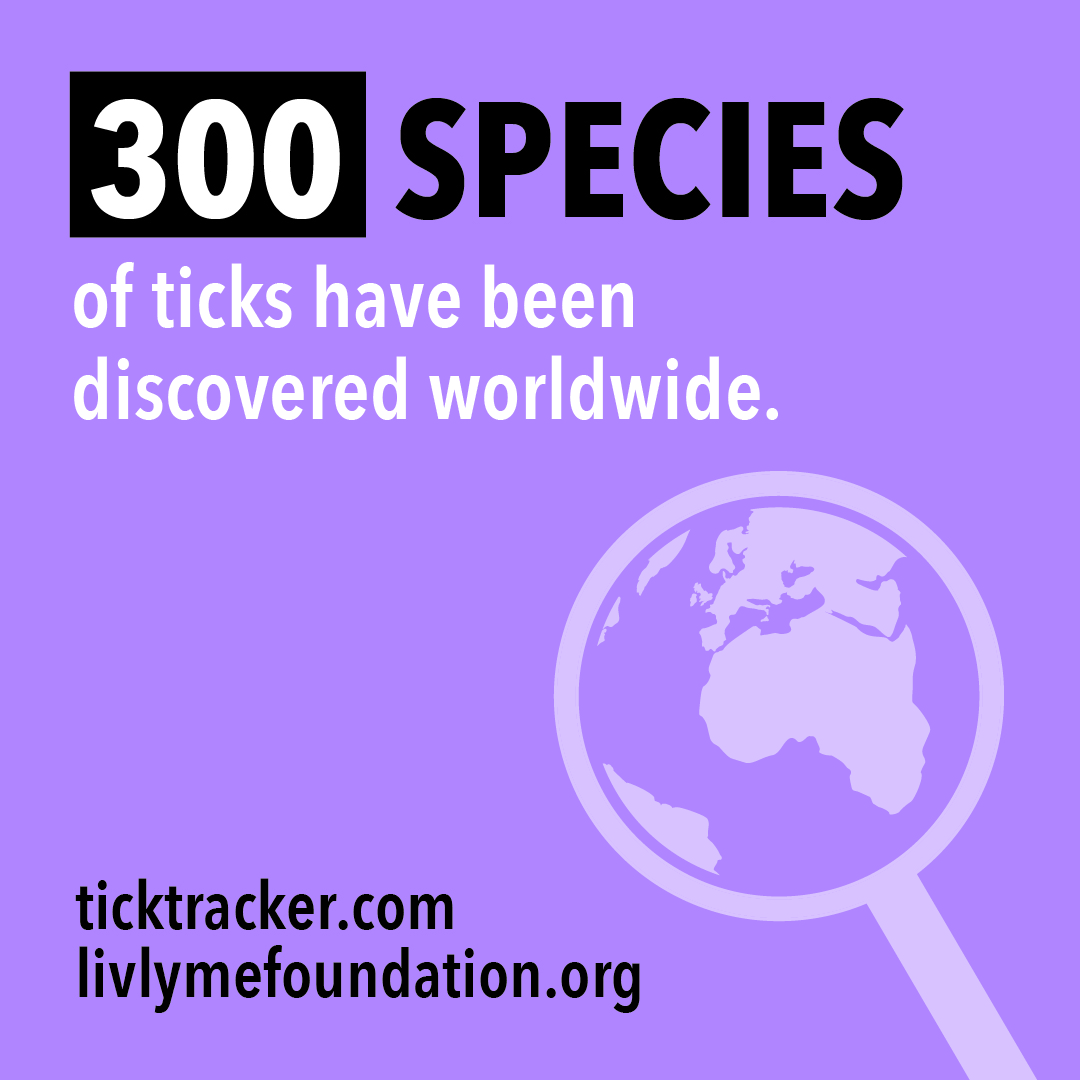 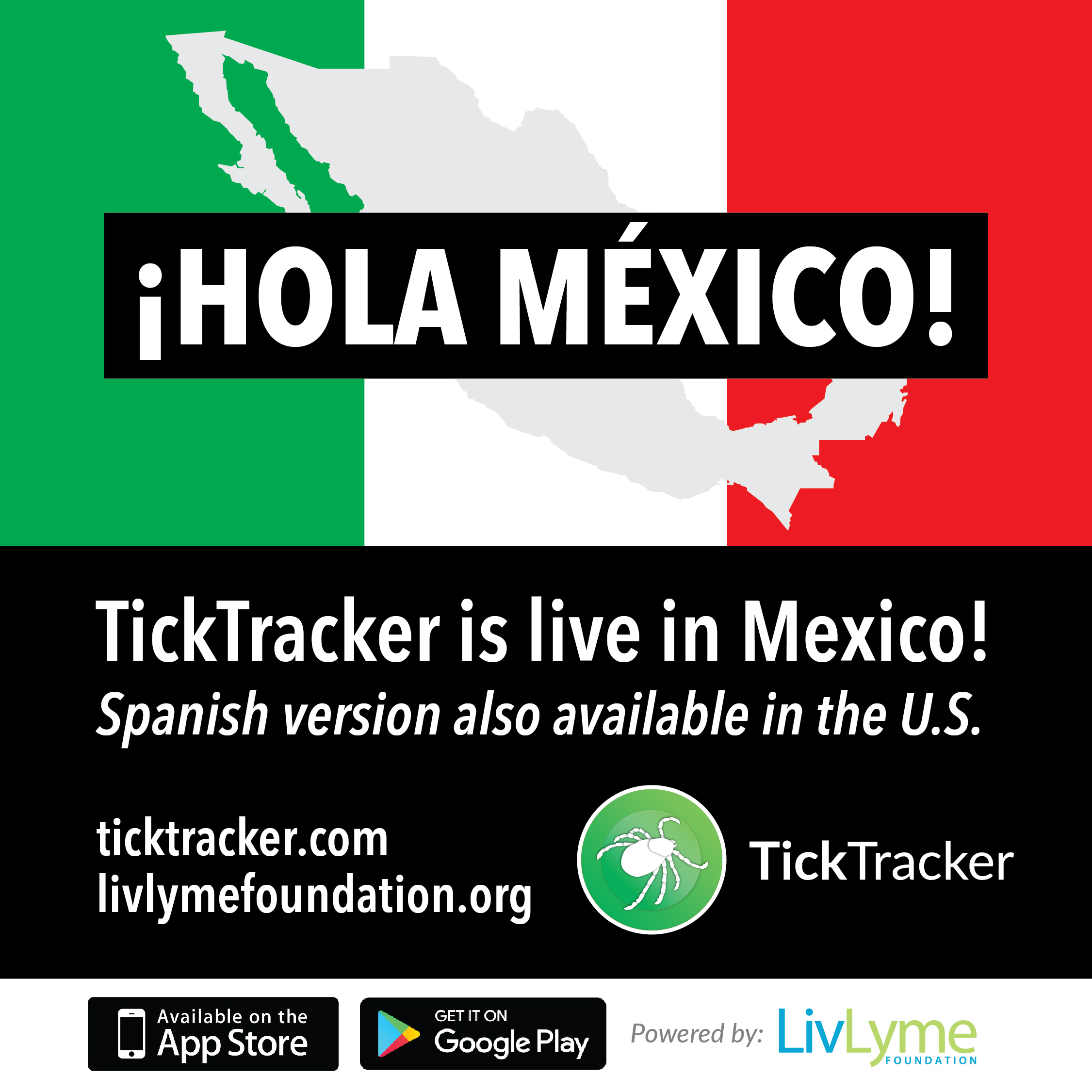 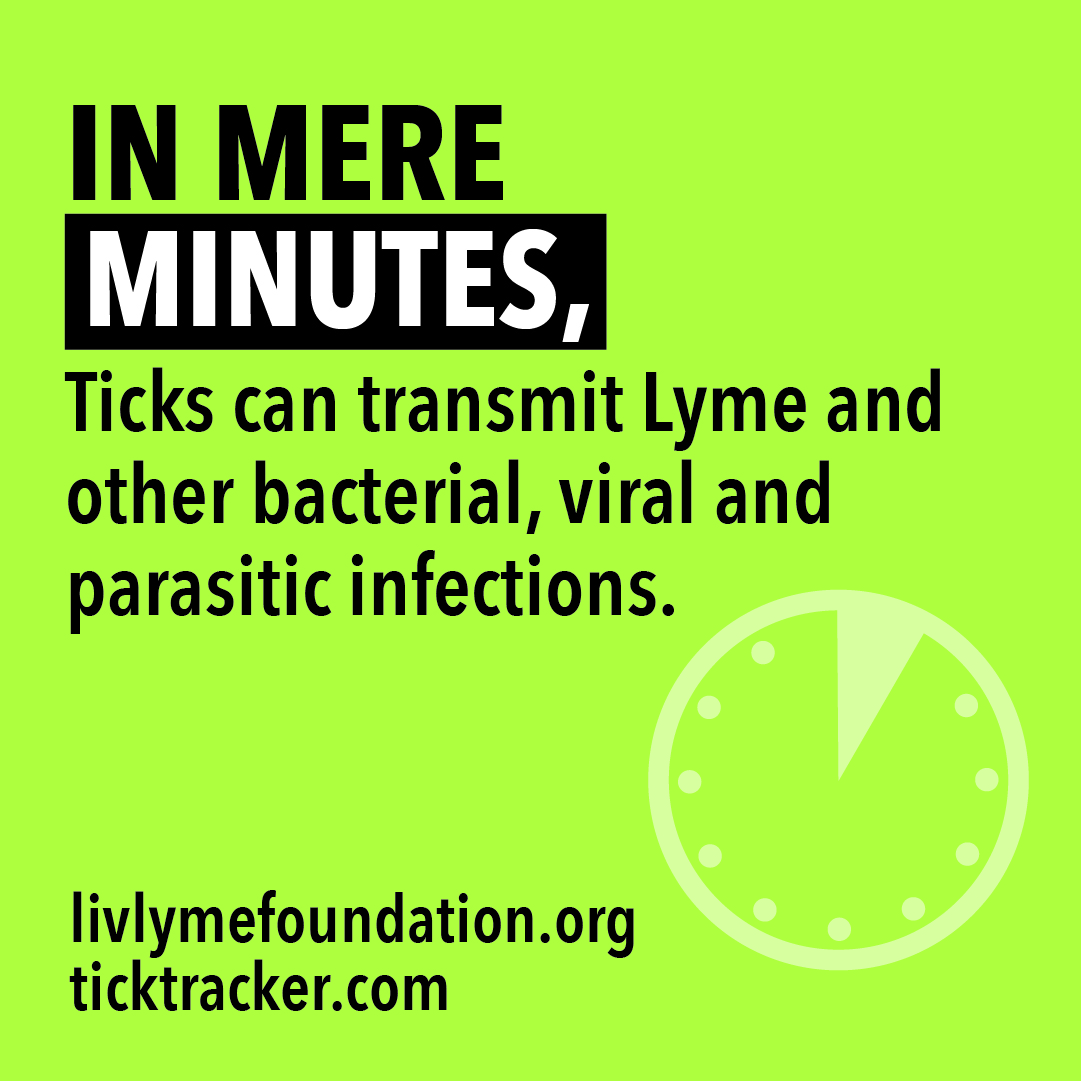 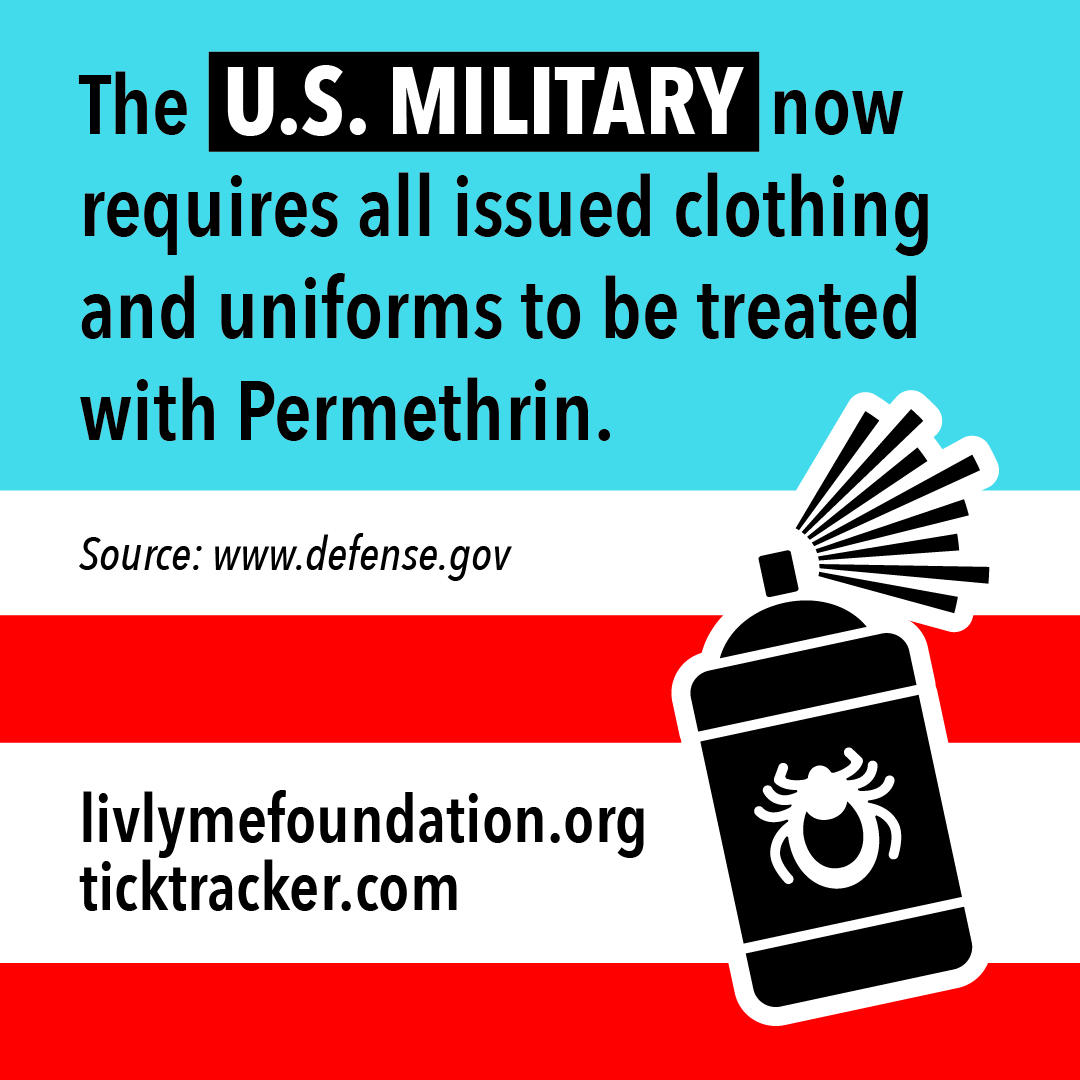 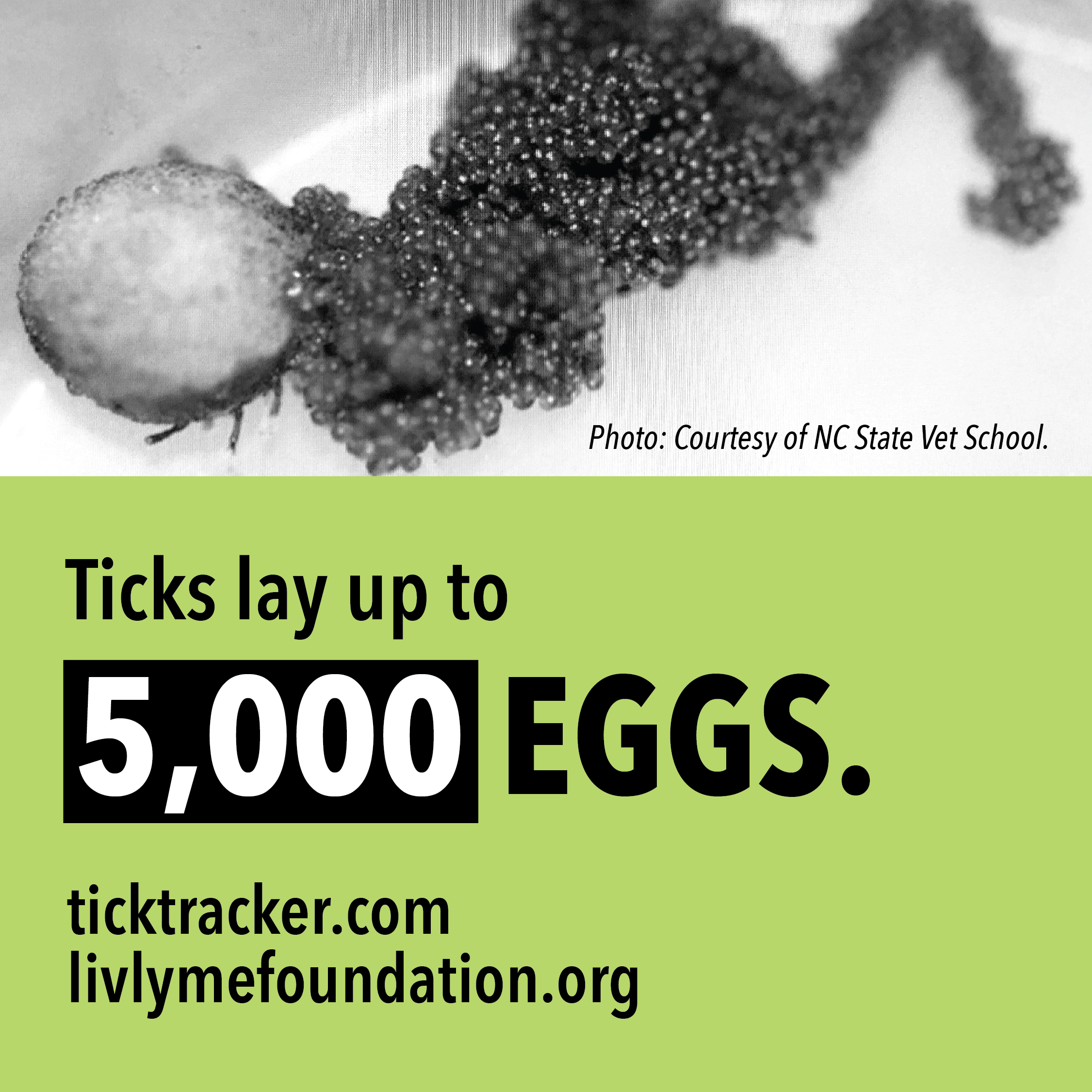 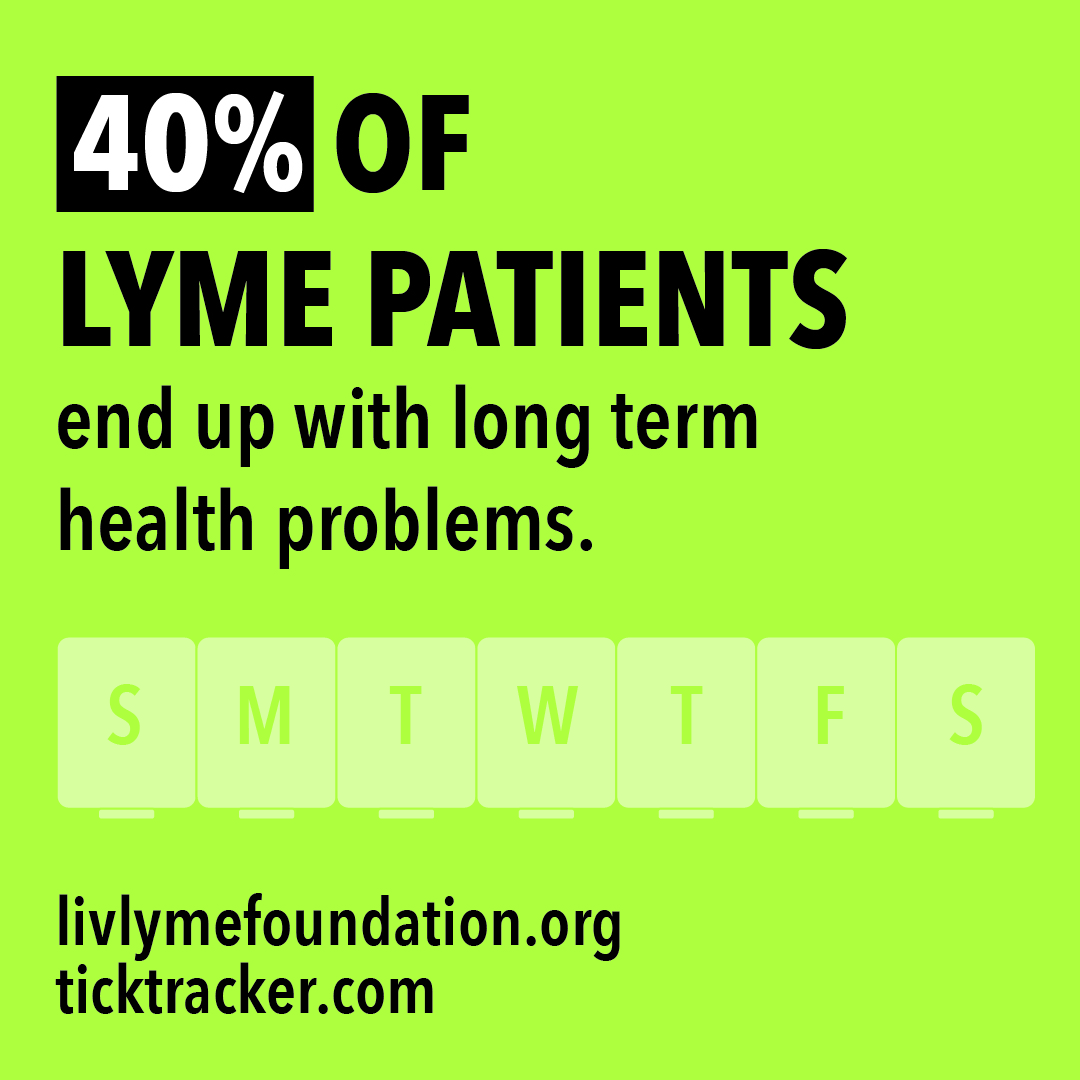 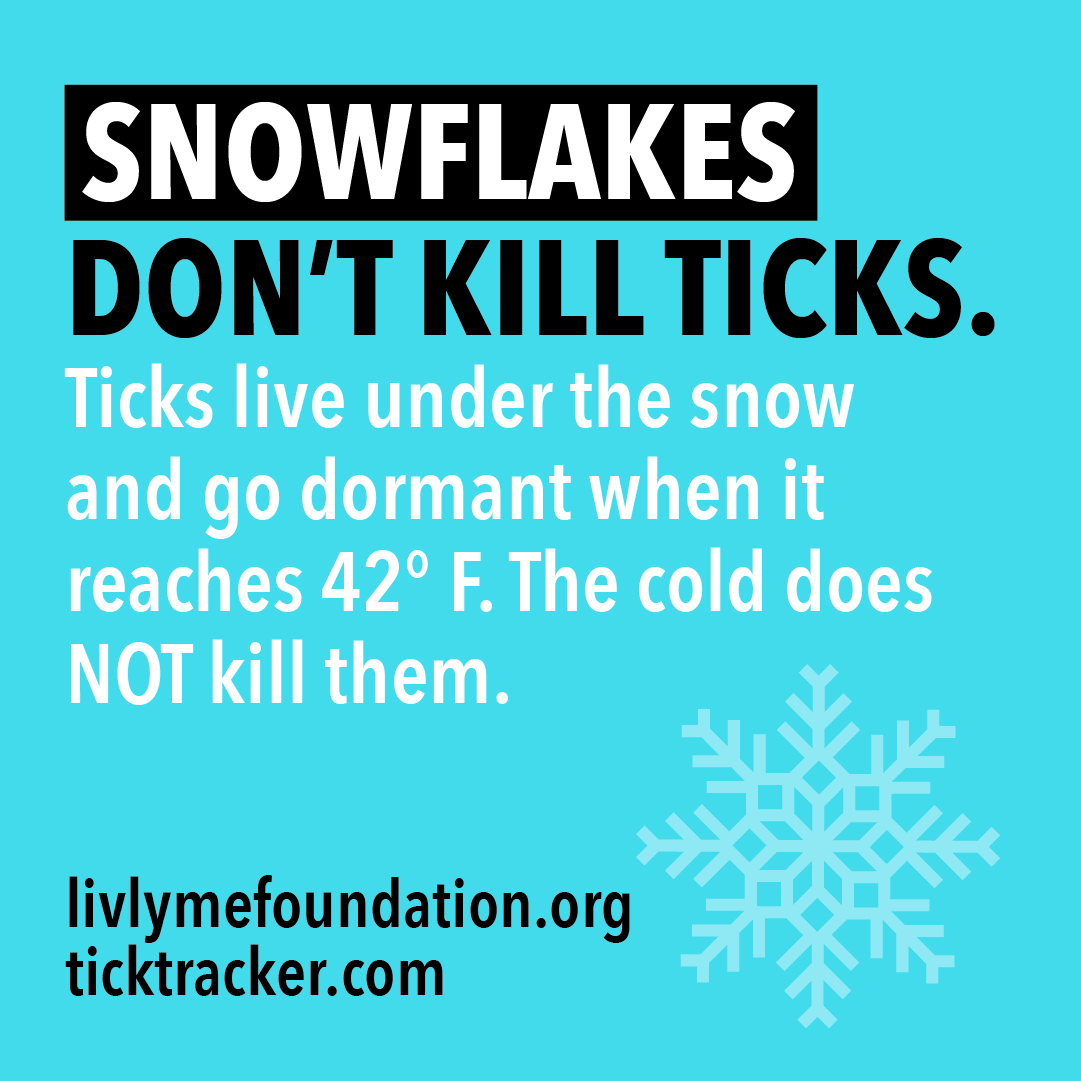 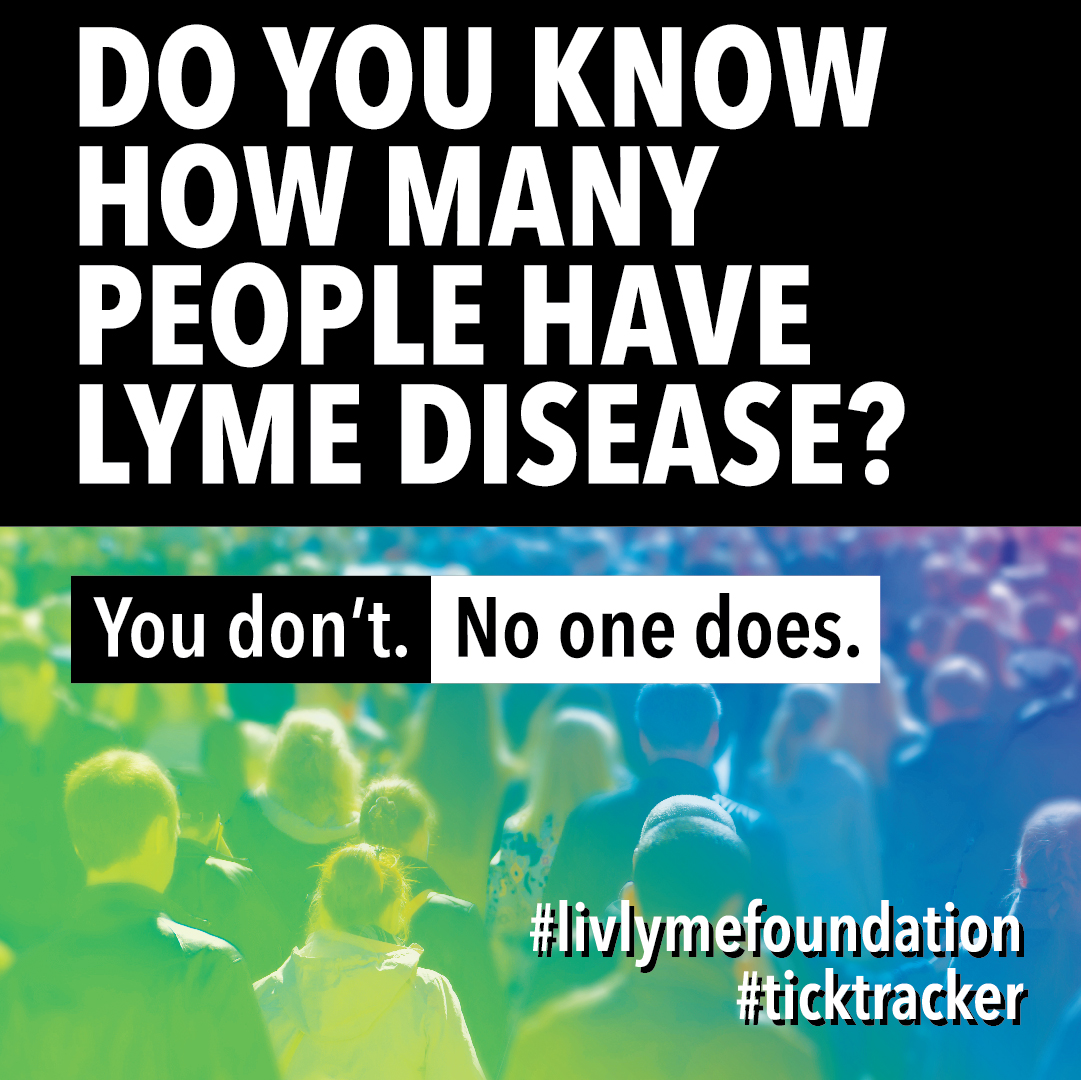 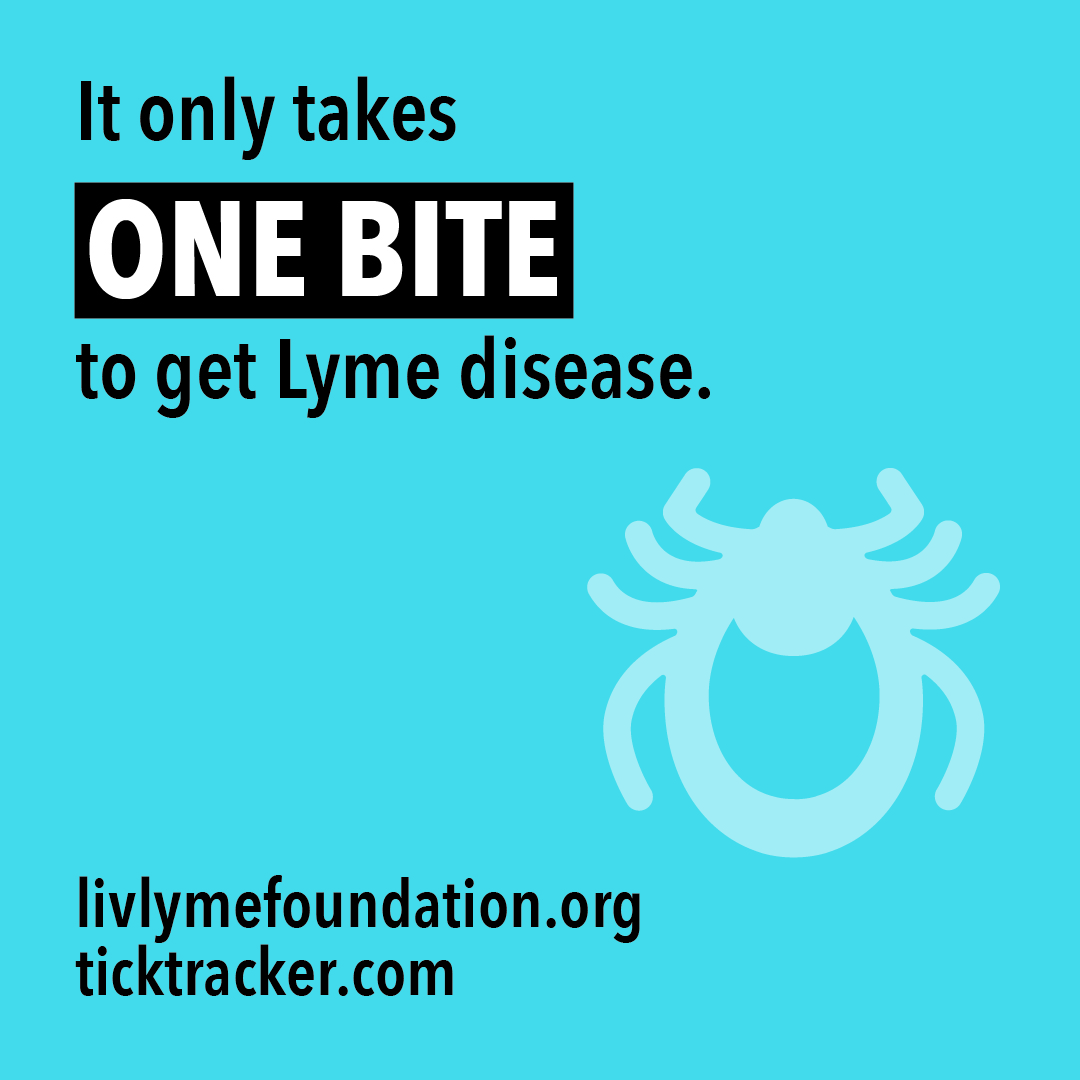 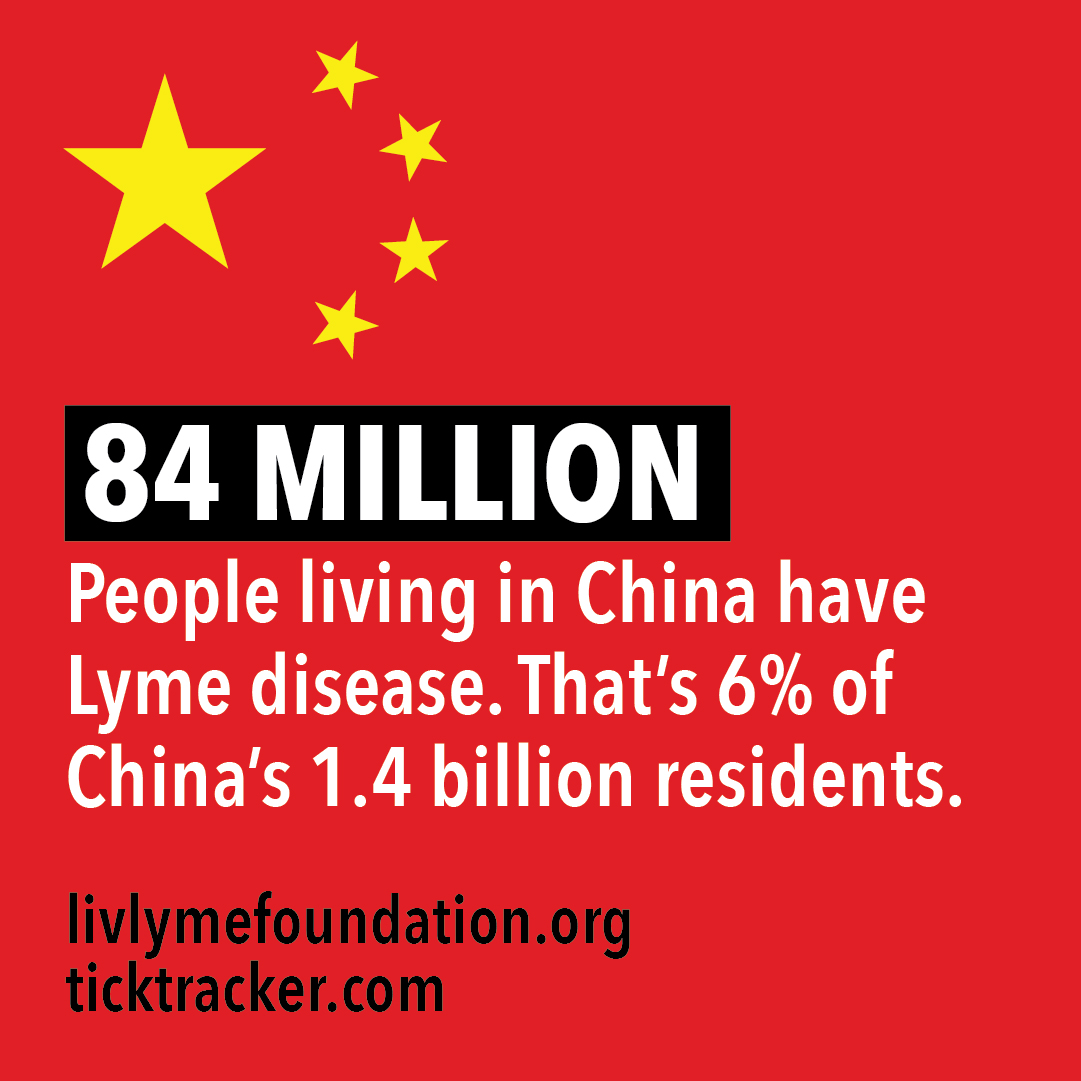 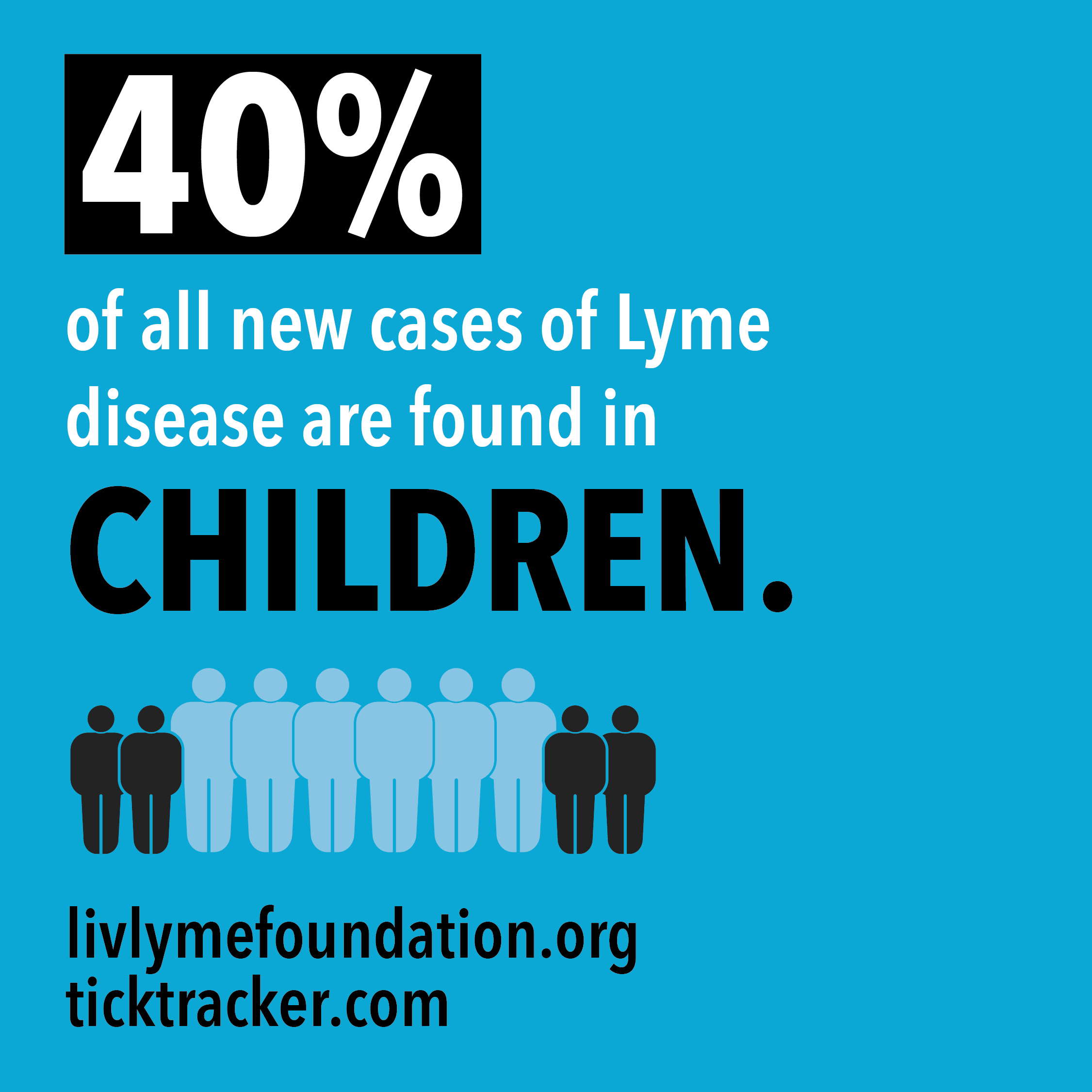 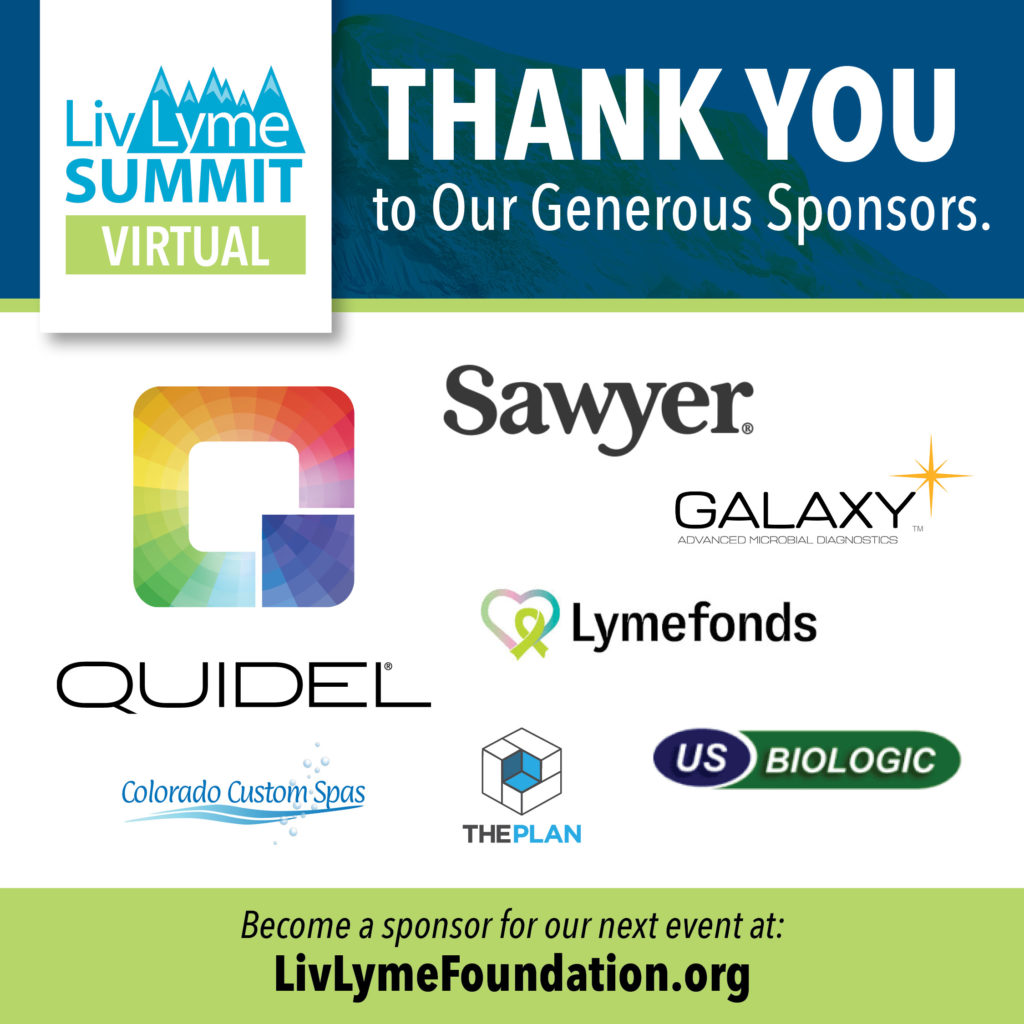